On my first day at the Recurse Center I found a mysterious piece of old-school-looking hardware with a sign that read “Make Cool Plotter Art!”. 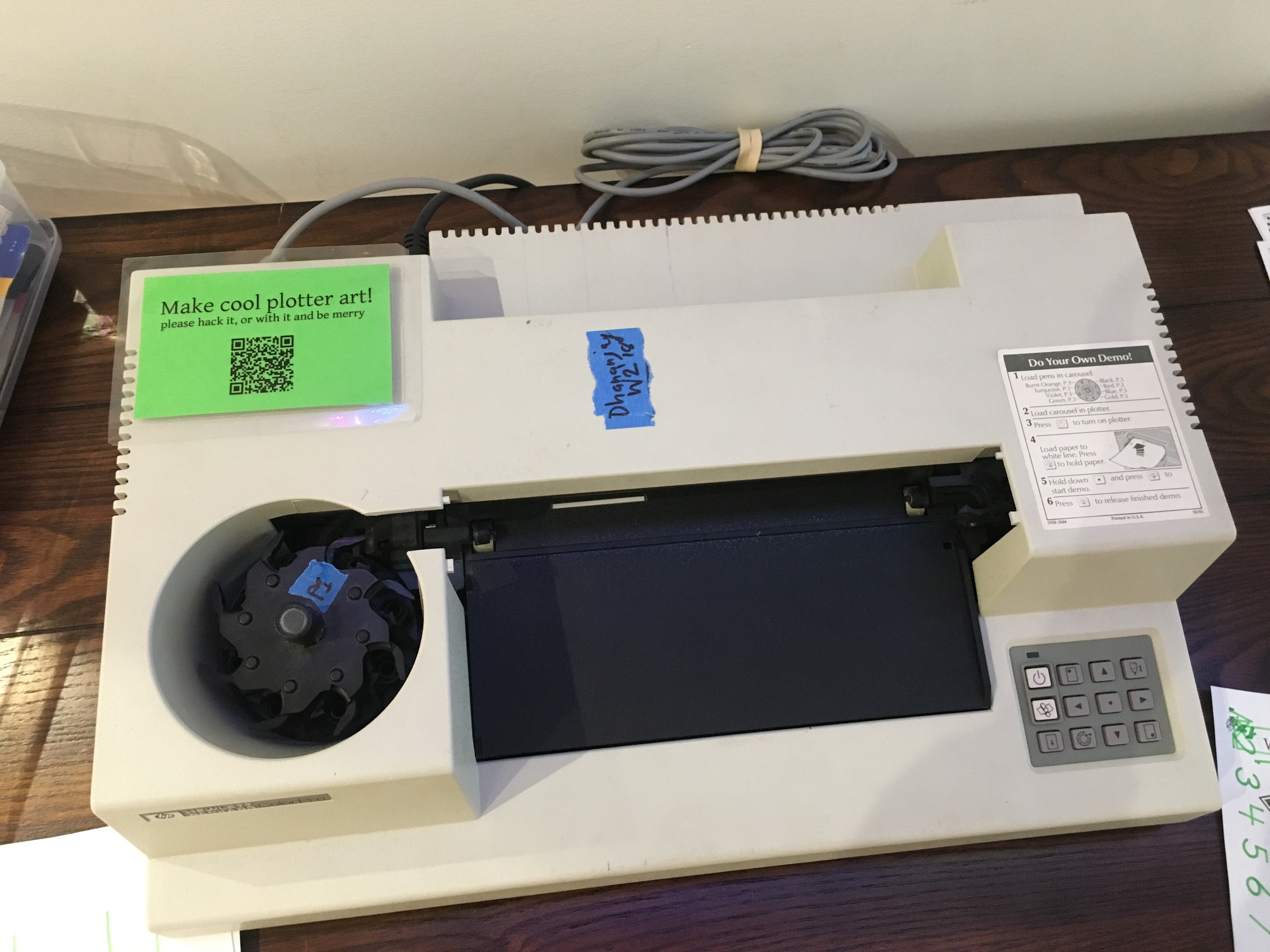 This hardware, as I would soon learn, is a 1980s HP7440A pen plotter, which was originally built to create serious, business charts like: 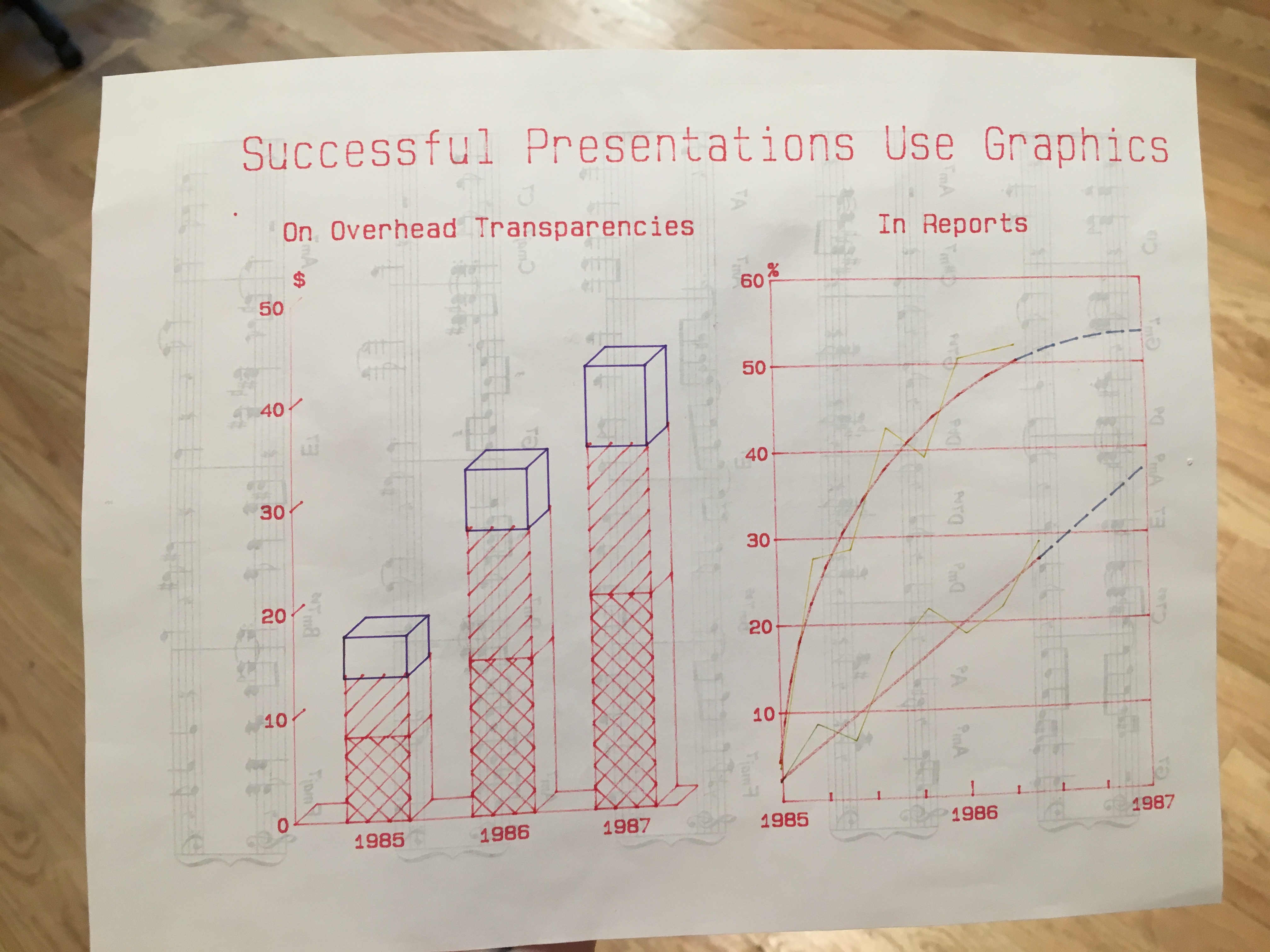 This is what the machine prints as its example. Business is going up!

First step: connecting the pen plotter to my MacBook. There was a PL2303 to USB serial adaptor, so in order for my laptop to recognize the device I needed to download a PL2303 Mac OS X Driver. Once I did, the serial port showed up at /dev/tty.usbserial and I was able to connect to the plotter.

This plotter uses HPGL, an HP Graphics Language, so I wrote a simple program in NodeJS that would spit out a string of HPGL instructions for the plotter to receive.

Next, the fun part: Let’s print my tattoo!

I have a tattoo of the Dragon Curve (Heighway Fractal), and someone recently recognized it as a possible L-System (spoiler: it is!).

L-systems work such that you have an alphabet of symbols and a list of rules for how each symbol expands after each new iteration, in order to make new strings, which then use a set of construction rules to translate the string into geometric symbols.

Wikipedia defines: “An L-system consists of an alphabet of symbols that can be used to make strings, a collection of production rules that expand each symbol into some larger string of symbols, an initial “axiom” string from which to begin construction, and a mechanism for translating the generated strings into geometric structures. “

After drawing a bit on top of my tattoo to try to figure out the production rules: 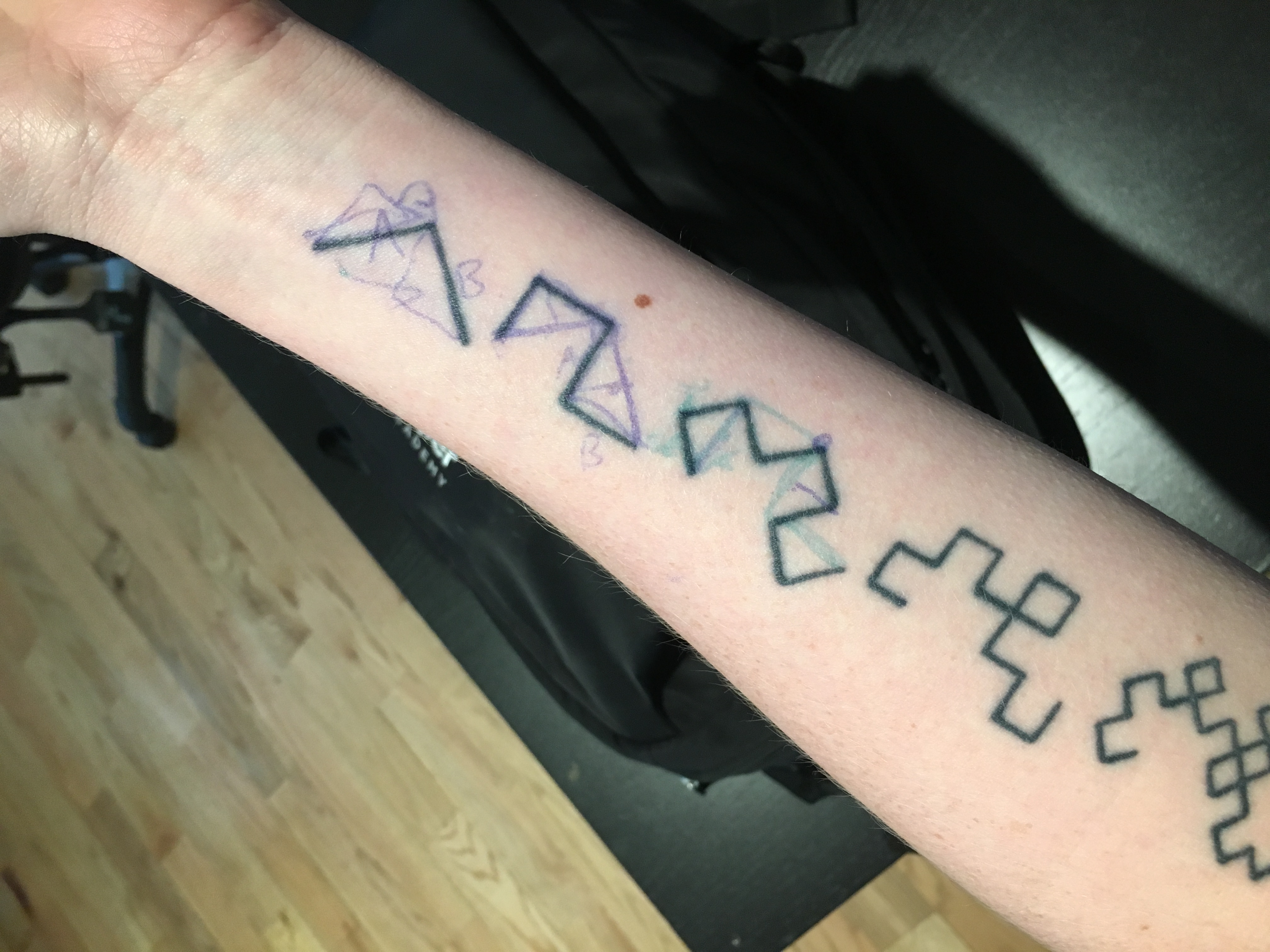 We determined that we have A and B:

In following these rules, we begin with “A”

We created a function that took a number of iterations (n) and returned a string based on our L-System rules.

We then wrote a function that could take that string and transcribe it into HPGL instructions that our pen plotter could use.

Finally, we wrote a CreateDrawing function that takes the directions from transcribe, adds an initializing step (‘SP1’ //Select Pen 1), and using a helper function getBounds (that gets the X,Y bounds of each iterative drawing) to place the iterative drawings on the paper.

So, running createDrawing(7) will give you: 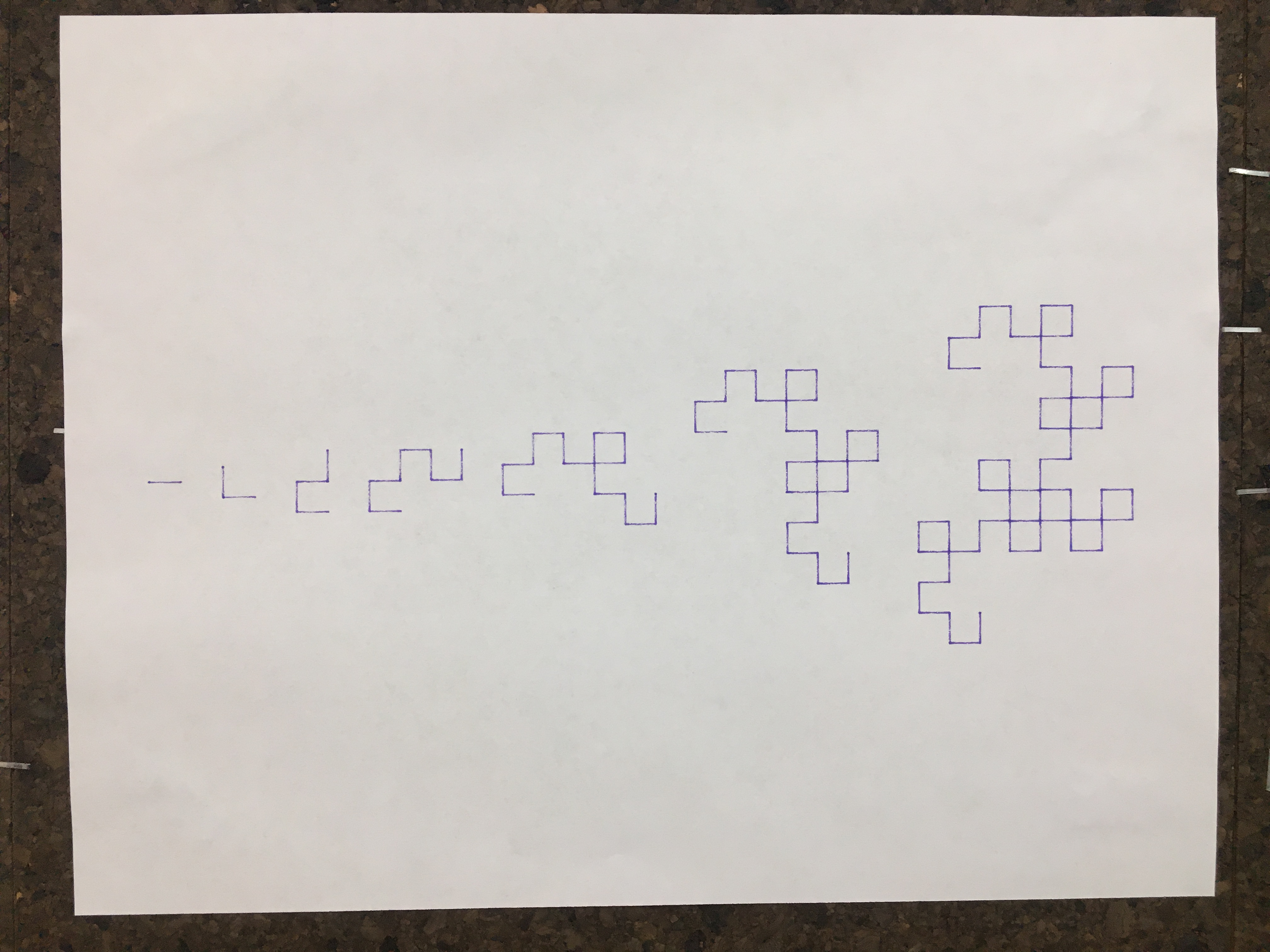 Here is a link to my co-conspirator’s amazing plotter art project - Plotty Bird!